Though Dunham’s Sports is this retailer’s official name, you are more likely to hear people shorten its name by calling it Dunham’s. If you’ve ever seen the Dunham’s current catalog, you are likely familiar with its reputation for selling high-quality sporting goods for some of the best deals in the industry. The retailer is always releasing new discount codes or ads full of excellent sales offers. If you need athletic supplies, this may be the place for you.

Dunham’s deals have been flooding the market since 1937 when its first location opened up in Troy, Michigan. Back then, it was called Dunham’s Bait and Tackle and their sales deals were primarily centered around fishing. Dunham’s weekly ads and sales have helped the retailer build a name for itself. Since its beginning, they have changed their name and have begun to sell a wider variety of products. Dunham’s deals can now be taken advantage of across the nation.

To date, there are roughly 230 Dunham’s stores primarily spread across the eastern side of the country. You can depend on them to be open from 9 a.m. to 9:30 p.m. Monday through Friday. On Saturdays, they are open from 8 a.m. to 9:30 p.m., and on Sundays, from 10 a.m. to 6 p.m. Note that these hours may vary based on locations and are occasionally affected by holidays. Googling “shops” near me is the best way to find your closest physical location.

If you do not want to have to leave your house to take advantage of Dunham’s daily deals and sales ads, check out their official site. Using the internet can sometimes make it easier to find new Dunham’s deals if you already know exactly what you are looking for. It is also one of the best places to browse Dunham’s weekly offers efficiently. If you prefer old-school shopping, this retailer also has catalogs and Dunham’s circulars. There’s nothing like paper shopping.

Dunham’s sale ads are a good way to check out what types of products the retailer sells. Here is a more general look at their primary product categories though:

Whether you are looking to sport your favorite team, your own team, or pick up a few things to help you practice the activity you love, you’ll be able to satisfy your needs here.

Usually, a few products from each category appear in Dunham’s weekly flyers. Dunham’s weekly ads also heavily revolve around different sports’ seasons. For example, you’ll see a lot of basketball products in Dunham’s ads towards the end of April as the season winds down. Around October, Dunham’s sales flyers may feature clothing for hockey fans. It is best to review all weekly Dunham’s ads so that you never miss a good deal on anything you need.

The days of laboriously cutting discounts from sales circulars are over. Thanks to Rabato, you can now keep track of all the amazing deals Dunham’s puts out. Just search the retailer’s name and see what they have to offer. You can also keep track of deals from many of your other favorite retailers. You will be able to spend less time price hunting and more time playing the sports you love. Just remember to check Rabato flyers frequently as they change weekly. 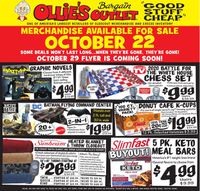 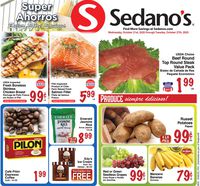 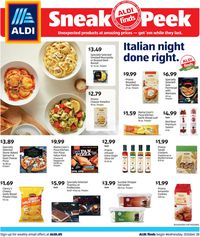