This is an American chain of grocery stores well-known for selling top-quality products for reasonable prices. The store puts out excellent offers in the Harris Teeter weekly ad. Regardless of you and your family’s diet and needs, you will likely be able to find what you are looking for at this excellent establishment. Because everything is so affordable, you will not have to make sacrifices or big trade-offs. Have your cake and eat it too– literally!

Harris Teeter stores in the cities

The Harris Teeter weekly ad has some of the best deals around when it comes to food and grocery savings. Inside the Harris Teeter ad, you will find sales on everything from edible goods to beauty and cleaning supplies. Unlike some stores that only release deals every so often, this one puts out a new heap every week. The Harris Teeter coupons and discounts they contain are exciting.

Have you seen the weekly specials sneak peek yet for the upcoming flyer? If not, no worries. Rabato can provide it for you easily, but more on this later. Now, it’s time to read up on a brief history of the store and where you can find its locations.

This store has been around since about roughly 1960. It was founded by two men in North Carolina named Willis Teeter and W.T. Harris. Today, the company is still headquartered in Matthews, North Carolina. There are over 230 stores currently in operation in the following areas:

Have you ever come across a Harris Teeter ad in your local grocery store? If so, you are one of the lucky ones! This means that there is likely a location of this chain somewhere near you. In order to take advantage of its excellent savings opportunities, you can do things like locate Harris Teeter printable coupons and memorize the Harris Teeter deals this week. The only downside of this is that it is time-consuming.

If you want to save big but do not have time for extreme couponing, let Rabato do the leg work for you! Rabato collects the Harris Teeter ad every week and makes it easily accessible to you. Check the Harris Teeter ad and specials this week and see if anything looks good to you! The sales ad at Rabato won’t disappoint. 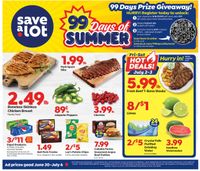 Save a Lot
Grocery 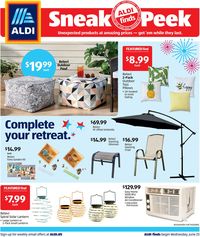