Be it trendy house design ideas or home improvement materials to help reverberate the environment, Canac superstores covers it all.

Canac provides some of the best deals Canada has to offer in a remarkable style. The retail outlet designed to provide hardware and construction materials within numerous cities in Canada makes it known that anything lesser than the best is not acceptable.

Hundreds of hot Canac deals packed-filled with special discounts and promotions are uploaded on its homepage on a daily basis. The shopping lobby provided in its 24 locations are dedicated to ensuring that customers enjoy 100% satisfaction on every item purchased.

With thousands of hardware and construction materials from different retail outlets across the globe, you wouldn’t have a hard time navigating your way around your preferred Canac flyer. 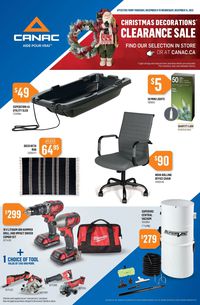 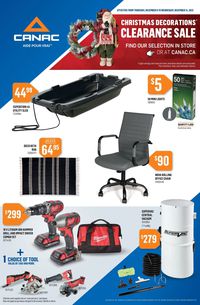 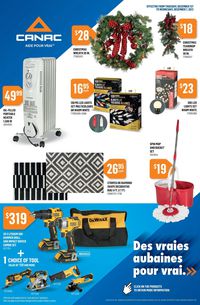 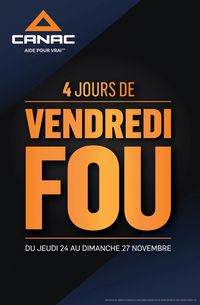 Canac is regarded as one of the oldest retail outlets in Canada. Created in 1981, Canac-Marquis Grenier which was its name at inception, emerged as a result of a business merger between family-owned companies of Jos Grenier, founded in 1875, and Louis Canac-Marquis, founded in 1878.

Built on a foundation laid by two experienced business owners, the fact that the newly founded Canac supermarket was tipped to succeed didn’t sound new. With less than ten years in business, Laberge Group was granted access to acquire all of Carnac’s assets.

With over 24 different locations distributed across numerous parts of Canada, Canac is currently regarded as exceptional hardware and construction materials enterprise operating within and outside Quebec.

Online shopping has enabled numerous enterprises to build reliable portfolios in the competitive global market. While Carnac is unarguably being regarded as a superstore of the previous generation in terms of the number of years attributed to its portfolio, its remarkable ability to adapt to change is quite priceless.

Making a walk-in into any of its Canadian based locations would provide you with some of the best online shopping deals Canada offers. A ‘View your deal’ section enabling you to navigate your way around its discount portal is also available.

Canac headquarters is located in Quebec, Canada. The hardware and construction materials shopping platform operates from 9 am to 10 pm from Monday to Friday while on Saturdays and Sundays it runs from 10 am to 6 pm.

With hundreds of new Canac flyers being released on a regular basis, you would hardly run out of Canac deals offering reputable discount opportunities while making use of Canac’s lobby.

To gain instant access to the current flyers available at Canac, you can utilize the emailing subscription its official website and affiliate sites offer. Making a walk-in into any of its dedicated locations would also grant you instant access to all the exclusive deals available.

Canac is among the leading Canadian names in terms of hardware and construction materials. Ensuring that its customers are at all-time satisfied is the key base on which Canac carries out most of its operations.

Numerous Canac promotions, discounts and seasonal specials offering the hottest deals available within Canada can be accessed via Canac’s discount portal. You can keep a tab on the latest Canac deals by following any of its social platforms.

Canac flyer - check it on Rabato!

At Canac, you get to feel the vibe of Christmas every day. Designed to ensure that every individual using its shopping services enjoys 100% satisfaction, tons of Canac sales flyers and promotions are uploaded on its online platform on a daily basis.

Regular users of its shopping lobby are provided with priceless Canac seasonal specials. 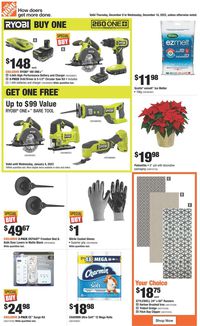