Rona has operated as a one-stop store for hundreds of construction companies looking to purchase reliable home improvement and construction products.

Rona’s current flyer is geared towards ensuring that every customer is provided with products proffering reliability at its peak.

With little to no room for new visitors of its shopping lobby to partake in the exclusive Rona specials offered regularly, tons of discounts and promotions packed- filled with life-changing deals are accessible via its online portal.

Rona’s shopping lobby is tailored to provide every user of its shopping platform with a shopping experience unparalleled to no other. To gain instant access to regularly proffered Canada deals contained in its current flyer, subscribing to its newsletter would come in handy.

While Rona’s headquarters is located in Quebec, Canada, and its shopping lobby is accessible to millions of individuals residing across various parts in Canada, it is worth noting that Rona currently operates as an American owned retail outlet.

Created in 1939, Rona started as an alliance of ‘Les Marchands en Quincaillerie’ a Montreal area retail outlet seeking the power to bypass the stress of having to deal with wholesalers by making purchase straight from manufacturers.

With numerous enterprise names such as Dismat and Rona L'express coming to fusion, Rona had created a considerable number of stores across the greater Toronto area by 1988. Rona currently has over 500 locations distributed across Canada and the United States.

Rona operates as a subsidiary of the Lowes enterprise. It lost its ‘Proudly Canadian’ tag in 2019 after a lawsuit about its tag portraying inaccurate general impression was filed.

Rona is widely regarded as ‘the Merchants of Hardware’ due to the countless number of construction and home improvement items contained in its shopping lobby. Its Canadian deals catalog contains items from manufacturers in and outside Canada.

With over 500 outlets to explore, you would have a hard time navigating a preferred outlet via the store locator available on its official website. Rona’s headquarters is located at Boucherville, Quebec, Canada.

Making a walk-in into any of its dedicated locations can be done from 9 am to 9 pm from Monday to Saturday while on Sundays, its shopping lobby is accessible from 10 am to 7 pm.

Designed to provide wholesalers with a run for their money even when operating at a retail outlet level, visiting its online portal would provide you with tons of exclusive shopping deals.

Hundreds of Rona flyers containing all the exciting deals available at its shopping lobby can be accessed via its online platforms. The vast number of Rona promotions, seasonal specials and discount deals offered can enable you to acquire a luxurious cart at budget-friendly rates.

Rona’s discounts are regarded amongst the most amazing discounts Canada can offer. Most of the discount deals available provide up to 40% price slash on items from manufacturers in and outside Canada.

To enjoy some of the best online shopping deals Rona has to offer to regular users of home improvement and hardware catalogs, keeping a tab on its online portal would go a long way.

At Rona, numerous discounts this week deals and promotional offers are uploaded on its online portal daily. Regular users can keep a tab on any hot deal of choice via the ‘view your deal’ portal provided.

To ensure that you are at the helm of affairs while shopping at Rona, following its activities via any social media platform of your choice would go a long way. 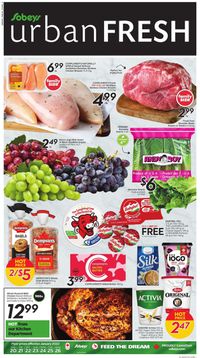 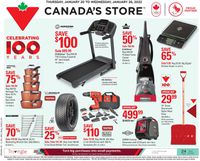