London Drugs is a Canadian retailer that primarily sells pharmacy items. They are well known for providing top-quality products at affordable prices for the everyday person. A quick look through the weekly London Drugs flyer will show just how diverse their product selection. After seeing all of their offerings, you will be hardpressed not to find at least one thing you have been needing or wanting. 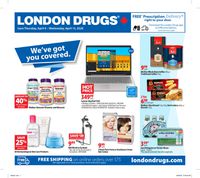 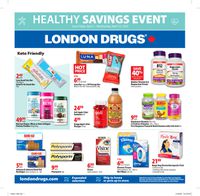 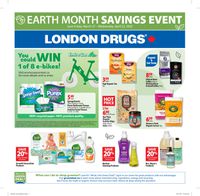 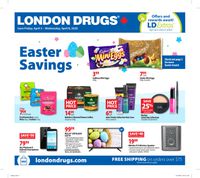 All About London Drugs Stores

London Drugs has been around since 1945. It was founded by Sam Bass in Vancouver, British Columbia. Mr. Bass had named his store after the hometown of Canada’s King, George VI. Today, the company is headquartered in Richmond, British Columbia. Its parent company is Georgia Main Food Group, which took the retailer under its wing in 1976. London Drugs coupons and sales along with its trustworthy reputation have helped the company find success over the years.

There are over 80 physical locations of this retailer spread across Canada today. The spread of its regions includes British Columbia, Alberta, Saskatchewan, and Manitoba. On Monday through Saturday, they are open from 9 a.m. to 10 p.m. On Sundays, their hours vary, opening at 10 a.m. and closing at 6 p.m. You can also visit the retailer on its official website, where you can view the online London Drugs flyer and make purchases without having to leave your home.

What do People Buy At London Drugs?

At this retailer, you will be able to find pretty much everything you need to take care of your health and hygiene. Below is a list of some of their most popular product categories:

They also sell gift cards, cameras, and other electronics. Fortunately, London Drugs deals are easy to come by, so you will likely not need to pay full price for any of these items.

Which Products Are Often Promoted At London Drugs?

It can take a lot of time and energy checking multiple sources for savings opportunities and trying to keep track of their expiration dates. Instead of trying to do this on your own, just use Rabato. The London Drugs flyer next week might be different than it is this week because Rabato consistently updates it. Find the most recent London Drugs sale flyer along with flyers for your other favorite retailers at Rabato today! Your wallet will thank you for it.