T&T Supermarket is a grocery store that primarily sells foods used in Asian cooking. It is widely respected for its expansive collection of high-quality and authentic foods and products from a variety of Asian cultures. Even though these products are of high quality, great T&T Supermarket discounts are still frequently found. In fact, the retailer is well known for its great deals. Once you start shopping there, you will never want to go anywhere else. 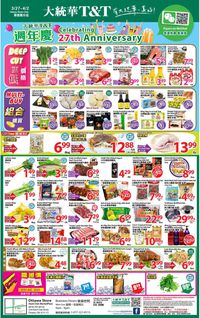 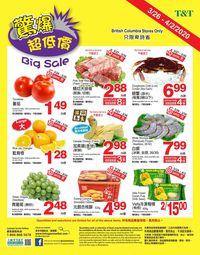 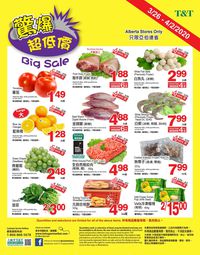 All About T&T Supermarket Stores

T&T Supermarket was founded by a woman named Cindy Lee in the year 1993. This is an impressive feat, as discovering a female founder of a large and successful business was rarer in the 90s. Social constructs made it difficult for women to work in a “man’s world.” This certainly did not stop Cindy though, who went on to grow her company into the one that is worth several millions of dollars today.

There are nearly 30 different brick and mortar locations of this retailer located in Canada. They are open from 9 a.m. to 11 p.m. every day of the week. Note though that holidays will affect these hours occasionally. The retailer also has an official website. Something neat about their online location is that it can be viewed in three different languages, including English, so that it can be accessible to the majority of the population.

What People Buy At T&T Supermarket

As previously stated, T&T Supermarket is a popular destination for those seeking traditional Asian foods that are usually not found in Canadian supermarkets. Their goods include but are not limited to:

This is all just the tip of the iceberg. They carry lots of other traditional treats, as well as household products.

Which Products Are Often Promoted At T&T Supermarket?

There are always T&T Supermarket deals to be found for those who put in the effort to seek them out. As food gets closer to its expiration date, it will go on sale. The retailer also provides its customers with a lot of seasonal sales. Around traditional Asian holidays, the products and foods that correspond with those holidays will go on sale. It is best to scan the weekly T&T Supermarket flyers regularly to make sure you never miss out on any big deals.

It can be hard enough to find traditional Asian foods alone. Buying them does not have to be a financial burden too. With Rabato, you can view online T&T Supermarket flyers to see all of its savings opportunities in one place. The flyers are updated on a weekly basis to ensure you are always viewing the most current offerings. Remember to frequently check Rabato to save at this retailer and many of your other favorites.