Hyvee is an employee-owned supermarket that is popular in the mid-western regions of the United States. It is also commonly referred to as “Hy-Vee” and is widely known for its Hyvee deal of the day. The company strives to provide its loyal customers with products of superior quality. At the same time, they make sure that their products are affordable thanks to the Hyvee circular. Look through it to glimpse the market’s wide product variety and brand selection. 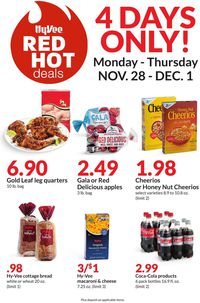 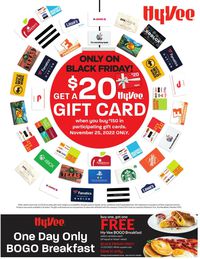 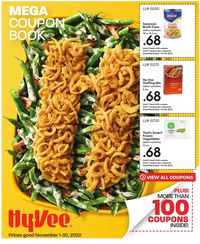 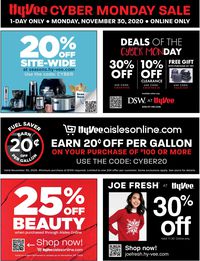 HyVee stores in the cities

Hyvee Ad for This Week

Interested in taking advantage of Hyvee deals this week? The best place to start is by checking out the company’s flyers. For those who prefer paper copies of things, physical discount flyers can be found in Hyvee’s brick and mortar stores. Those who like the convenience of digital deals though can check out the Hyvee grocery ad on Rabato or on the company’s website. What will you find in this flyer?

The flyer will be filled with discounts organized partially by the store’s different departments. Some of Hyvee’s most popular departments can be found below:

The first few pages of the fire feature Hyvee hot deals though, which are usually seasonal. Remember to check out the company’s exclusive online deals as well!

History of the Hyvee Stores Network

Founded in the town of Beaconsfield, Iowa, this company has been around since the year 1930. The two men who brought it to life were named Charles Hyde and David Vredenburg. Though the store originally opened up in partnership with the General Supply Company, it eventually split into its own think following the Great Depression and the dissolving of its parent. Today it is worth roughly 10 billion dollars and employs over 85,000 people. Hyvee sales ads have helped the company to gain such a large customer base.

Hyvee is most popular in Iowa and its surrounding states, such as Illinois, Minnesota, and Missouri. If you have seen a Hyvee store ad in your area, then there is likely a physical retail location close to you. Hyvee is usually open from 8 a.m. to 8 p.m. with the exception of on Sunday when the store opens at 9 a.m. That being said, holidays and other reasons may affect these hours, be sure to check the opening hours before heading to the store. In total, there are about 245 locations of Hyvee nationwide.

The Sunday Hyvee ad is a great place to save on things you need for you and your family. In the Hy vee ad, you might find sales such as 10/$10 hot dogs, entire watermelons for under $3, and buy two get two free soft drinks. The best deals, as mentioned previously, are going to be towards the front of the flyers. These spots are reserved for amazing discounts on relevant seasonal items such as holiday-themed food and in-season fruits and veggies.

There are plenty of reasons to get excited about the things you see in the current Hyvee ad. After all, opportunities to save on things you actually need, like toilet paper and milk, are rare. Among the coolest things, you might see are Hy vee fuel saver ads. This means that when you shop at this store, you can actually save on gas. You’ll kill two birds with one stone! You will also see a few occurrences of Hy vee 3-day sales and other awesome savings events.

Perhaps you have seen a paper Hyvee ad laying around, but do not have time for clipping coupons the way that some other people do. No worries – Rabato is here to help you save your hard-earned cash. Rabato collects deals such as the Hyvee ad this week and flyers from all of your other favorite retailers. The company organizes these flyers into an easy-to-navigate website. This way, in order to check out the Hyvee coupons and discounts everywhere else you shop, you only need to visit one place!

Rabato is available day and night and ensures that all of the deals on its site are recent. Because the Hyvee ad, as well as other ads, frequently change, it is best to monitor the flyers on Rabato regularly. One good way to do this is to book Rabato on your computer’s homepage. This way, every time you use your computer, you can quickly check on what’s going on at your favorite stores. You won’t ever have to miss a great Hy-vee ad again! 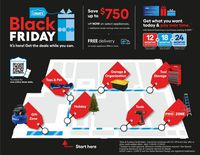