Pennsylvania, Maryland, New York, New Jersey, West Virginia, Virginia, and Delaware combined possess over 198 Weis stores. Rated as one of the most dominant grocery outlets in the United States, Weis provides its users with numerous flyers and sales ads containing exclusive deals. Weis has always been known for its quest to propagate healthy living in the best way possible.

With over 100 years in operation, Weis provides circulars containing grocery items from hundreds of manufacturers in and outside the United States. Weis weekly ads and circulars are distributed via its online portal every week.

Weis stores in the cities

All About Weis Store

Weis supermarket is a Harry and Sigmund Weis creation. Notable for its revolutionary style of operating with no room for customers to enjoy credit purchase, Weis is regarded as a shopping platform for the wealthy.

Since its creation in 1912, Weis has expanded its horizons to numerous parts across the United States. Weis first retail outlet is located at Sunbury, Pennsylvania. Within its first decade in operation, Weis dominated central Pennsylvania with a dozen in-town grocery stores.

Popularly known with the trade name ‘Weis Supermarkets’ the company found it suitable to change its initials to the 'Weis Market’ in 1955 after it changed most of its corner stores into notable supermarkets. Weis currently has about 23,000 employees catering to its customers’ needs in its 198 outlets.

Weis weekly flyers and sales ads containing its latest offers are uploaded on its portal regularly. While most of Weis operations are contained in its online portal, there are a few Weis deals that would require the use of any of its physical retail outlets.

A ‘shop near me’ section is available in the top right corner of the Weis homepage; you can easily navigate the nearest Weis store from its official website. Weis headquarters is located in Sunbury, Pennsylvania. Weis operates from 6 a.m. to 11 p.m. from Monday to Sunday.

Best Deals and Sales at Weis

It is apparent that thousands of grocery stores offer exceptional deals, but with little to no room for the right individuals to gain access, most of the deals fail to attract the desired outcome. As such, matching exclusive sales with the right buyer is what the “match deal” section available on top of the Weis online portal homepage is designed to achieve.

Weis sale ads contain numerous promotions and specials proffering mouth-watering shopping deals. Utilizing its circulars and flyers would grant you instant access to numerous Weis exclusive deals. Regular users of its online platform are advised to subscribe to the weekly and monthly emailing newsletter services so as not to miss out on any of its exciting hot deals.

Weis sales flyer contains some of the best deals available in the United States. Weis homepage contains numerous items offered at discounted prices. With room for users to enjoy home delivery services, transportation is out of the equation when deciding to buy bulk goods from its highly discounted sale paper.

Weis discount codes proffering special offers can be accessed by regular users of its online platform or by visiting its many outlets in various states in the US.

Operating on tenets of offering quality at the most affordable prices, Weis weekly circular is packed-filled with tons of exciting daily deals. To ensure that you are not at the losing end while utilizing the Weis shopping lobby, you would want to keep in touch with the superstore by following it via its social media platforms. 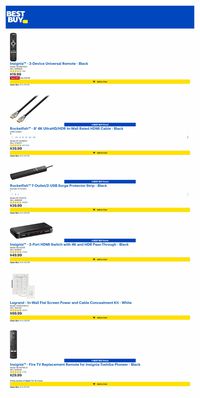 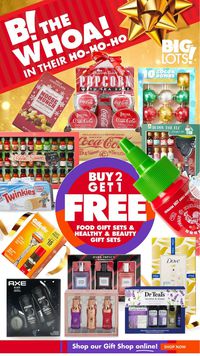