Whether you prefer the online payment on delivery shopping style or you are an indoor purchase fan, Ralphs supermarket is the right place to full-fill your urges. Operating based on creating oneness in diversity, the California based superstore caters to the needs of individuals from all works of life. Visiting the superstores’ website would leave you with hundreds of Ralphs daily deals, weekly ads, and promotions.

The Ralph superstore consists of different groceries, home appliances, bakery foods, baby care, international cuisines, etc. Ralphs ad is regarded amongst the biggest in the United States; they are the largest subsidiary of Cincinnati-based Kroger. Ralphs is designed to provide its customers with remarkable sales deals daily. 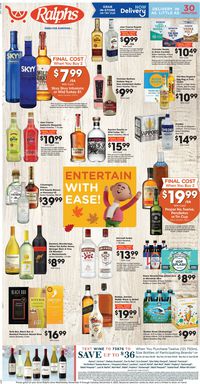 Ralphs stores in the cities

Ralphs was created in 1873 by George Albert Ralphs and his brother, Walter Benjamin Ralphs. The superstore started as a grocery pioneer proffering self-services to individuals within Los Angeles, California. In 1929, Ralphs built its first iconic structure, one that’s remembered till date. The historic cultural monument retains a renowned position in the National Register of Historic Places.

By 1968, Ralphs had built a reputable name for itself; this led to its acquisition by the Federated Department Stores, based in Cincinnati. The 1980s didn’t bring as many sales as the company had hoped after their first hybrid supermarket known as the Giant failed. In 1992, the federated lost its rights to the company after Edward J. DeBartolo Corporation filed against it for bankruptcy.

The Yucaipa Companies later acquired Ralphs in 1994 for $1.5 billion. Yucaipa, which already had numerous stores to its name, found their newly acquired treasure as one of renowned importance; most of their already existing stores were later rebranded as Ralphs. This was also the period in which Food for Less got merged with Ralph. By late October 1998, Ralphs parent company Fred Meyer merged with Kroger of Cincinnati, Ohio.

By 1999, Ralphs had diversified its superstore to over 30 different stores in Northern California. However, this diversification was one created out of the Albertsons and American Stores merger. In August 2006, Ralphs got back its stance in Northern California after closing down all stores to build a gigantic Ralphs platform. On July 20, 2007, a 50,000 square foot building regarded as Ralphs’s first-ever fully-run supermarket started operations in Los Angeles.

Shopping at Ralphs offers you numerous remarkable deals to pick from. While there are tons of exciting new specials to choose from, you would have to keep to time if you plan using their platform varied stores across Los Angeles. You can visit Ralphs supermarket at Hope Street in the South Park neighborhood of downtown Los Angeles for indoor services from 7 a.m. to 9 p.m. from Monday to Saturday, or you can utilize the pay on delivery services that are quite effortless.

Designed to provide its users with the best grocery and home appliance services worldwide, you would have hundreds of remarkable deals to choose from each time you grace their site. With lots of affiliate sites operating under their alliance, you can explore Ralphs weekly ad at any time, anywhere.

Shopping with Ralphs will leave you at crossroads concerning which exciting hot deals to choose. Whether you are on a quest to find the cheapest baby food online or your TV is looking too rusty for your liking, you can visit Ralphs with confidence that Ralphs weekly ads and flyers got sensational offers for you.

Digital coupons, Weekly ads, promotions, big packs, cashback, and lots more can be accessed via the supermarket indoor or online purchase cart. Ralphs operates based on the tenets of providing customer satisfaction. Priceless, discounted shopping opportunities can be obtained from Ralphs’s weekly sales ads and its hot deals.

Peculiarities of Shopping at Ralphs

You might be wondering if it pays to be a regular customer at Ralphs? Priding themselves as the best amongst millions of stores online, loyal customers are rewarded with fuel and loyalty rewards packed-filled with discounted price tags. Joining the Ralph community contribution program would provide you with tons of daily deals to enjoy.

Shopping at Ralph provides every deal with a dramatic look. Tons of deals suitable for every season can be accessed via their online platform or any affiliate site providing individuals around the globe with their services. Preview the latest Ralphs Weekly Ads and Sales Deals on Rabato. 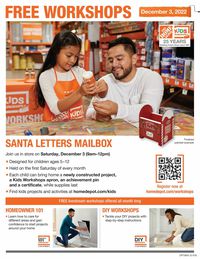 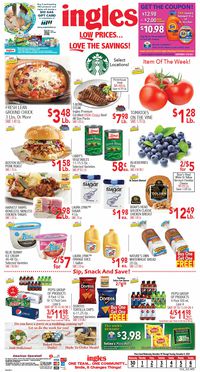 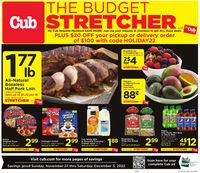