Luckily, that’s not the way Ingles Markets operates. They are comparatively cheaper than other chains you shop at. In fact, their company’s tagline is “Low Prices…Love the Savings,” which is prominently displayed on their site’s banner.

They have friendly support staff and punctual store opening times. Their aisles are wide and clean. They also offer an assortment of items. Many people have come to love Ingles, and you’ll love Ingles deals even more. 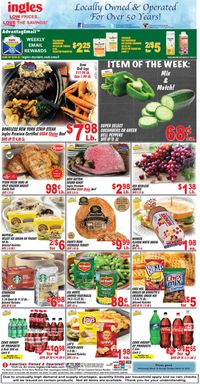 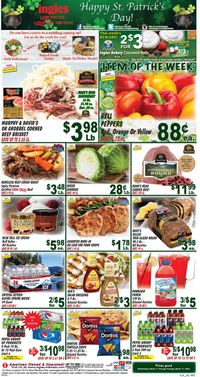 Something You Might Have not Known about Ingles Markets

Which Products Can You Buy at Ingles?

Ingles has all the typical departments you find at most grocery stores. One of the most outstanding departments is the Meats section. Here you’ll find products from Harvest Farms, which is only sold at Ingles Markets. The department is taunted as the “Best Meat in Town,” and you’ll find this written in the in-store meat counter and also in most Ingles flyers ads.

That’s because they have the freshest meats. In fact, they regularly ground meat several times a day, and they are against prepacked meat products. They also have in-store butchers who will help prepare your meats for cooking. Their meats are also USDA Choice and PRIME, so you’ll be getting the best value.

How to Save Money with Ingles Deals and Special Savings Programs

Launched in 2003, the card allows loyal shoppers to earn special offers, fuel rewards, and more. Cardholders can also participate in the store’s sweepstakes. In Ingles weekly ads, you’ll find special offers on selected items for cardholders only. You can help a local school get equipment for learning simply by using the card.

2) Compare the in-store brand product with other brands

Look out for the company’s private-label brand, “Laura Lynn.” Its products are of high-quality, including the milk. It’s sourced from cows that have never undergone hormonal treatments. You can always buy the brand if you find it to be cheaper than similar goods.

You’ll get special offers that are tailored to the things you regularly buy at the store. It’s like having the store find the deals that would interest you the most based on your shopping history.

Check out the “Savings” tab next time you visit their website, and find the print at home coupons page. You may get offers on items such as sugar crystals, veggie spirals, moisture absorbents, etc.

Be the First to See the Latest Ingles New Deals

The Ingles weekly sales brochures have deals from cover to cover. Some of these deals include: